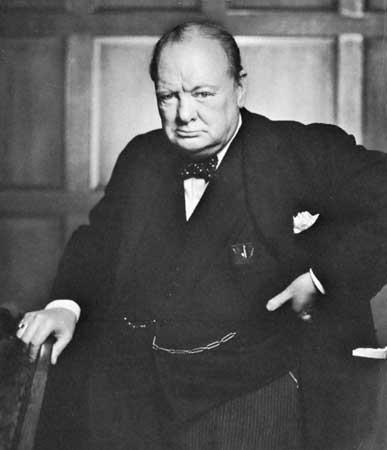 Winston Churchill is remembered for being the leader of Britain during WW2. He was the UK's Prime Minister.

During the war, he led the fight against Hitler and the Germans.

Many towns and cities were bombed during the war. Hearing Churchill talk on the radio helped the British people to stay positive.

Can you think of some questions to ask a grown-up about Churchill?

Think about what it must have felt like to live during wartime, as a child.

How is it the same to now when we are living in lock-down? How is it different?

Who are the British people listening to in order to stay positive now?

Think about yourself, who helps you to stay positive?

Have you come up with ways to stay positive during lockdown?

Have you learnt anything new?

If you would like to learn more about Winston Churchill, have a look at these links: